We think our doughnuts and chicken are delicious, but you don’t have to take our word for it — read the latest press coverage right here…

20 Dishes Every Real Washingtonian Must Eat

DC is widely known to be a fairly transient city, with diplomats, elections, administration turnovers and fresh crops of interns changing the face of our metropolis on a regular basis. And for newcomers, there can be no better — or tastier — way of learning about your new home than by eating your way through a list of the city’s signature dishes. Here we present 20 bites that we think will make you a bona fide Washingtonian.

Yes, 2017 was the sort of absurd and distressing reality show that none of us asked for. But we thought we’d focus on those few much-needed moments that brought joy to us in 2017.

By Time Out Los Angeles editors

From Nashville hot to Korean fried, all the best places to eat chicken right now.

By Farley Elliott and Crystal Coser

Celebrate Hanukkah with eight days of edible specials, from chocolate dreidels to menorah cookies. Restaurants, bakeries and even bars across the country celebrate the Jewish holiday with traditional foods, like latkes and challah bread, plus more creative ways to pay homage, such as themed cocktails and star-shaped sweets.

Up your game with drool-worthy shots.

Interesting takes on an old favorite

There are certain dishes that are just inexplicably linked to certain Washington restaurants. Customers travel there just to try them. Tourists seek them out when exploring the city. And regulars can’t stop ordering them even though they know they should branch out and try something new.

Dive into the best tacos, burgers and affordable bites in Los Angeles.

By Natalie B. Compton

The enthusiasm for the Dodgers being in the World Series is palpable. Local restaurants are getting in on the fun with an array of specials that nod to the team. Eating all of these might result in a blue tongue, but all the better for showing your spirit, right?

Get your gourds this month as fall menus go way beyond pumpkin spice with doughnuts, pizza, cocktails and pies featuring October’s star ingredient. From pumpkin tacos at Big Star in Chicago to salad served in a jack-o-lantern orange at The Westin Cape Coral Resort in Florida, there’s a variety of unique fall fruit dishes in destinations across the country.

Despite being a dessert that we ritually set on fire, birthday cake is perhaps the most time-honored sweet, marking our individual milestones with an annual rush of sugar and fat that never gets old.

The glow of fluorescent lights, sticky primary-colored Formica, coffee in a glass carafe, Pepto Bismol-colored boxes and a bakery case full of glazed, twisted, frosted doughnuts. There’s something nostalgic about a doughnut shop, whether it’s a big chain, a trendy newcomer with a fancy font and gluten-free doughnuts, or a mom-and-pop shop in a strip mall. 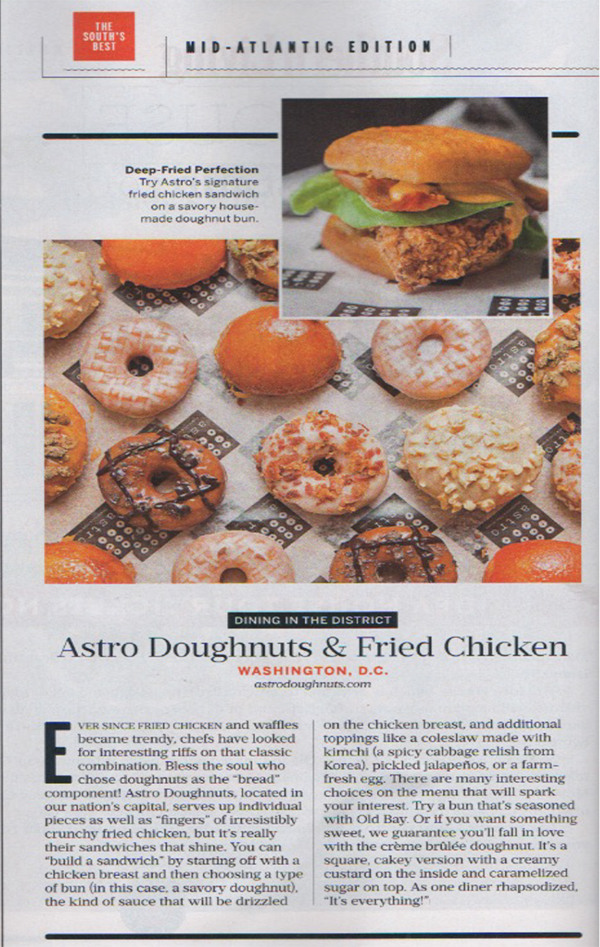 Ever since fried chicken and waffles became trendy, chefs have looked for interesting riffs on that classic combination. Bless the soul who chose doughnuts as the “bread” component! 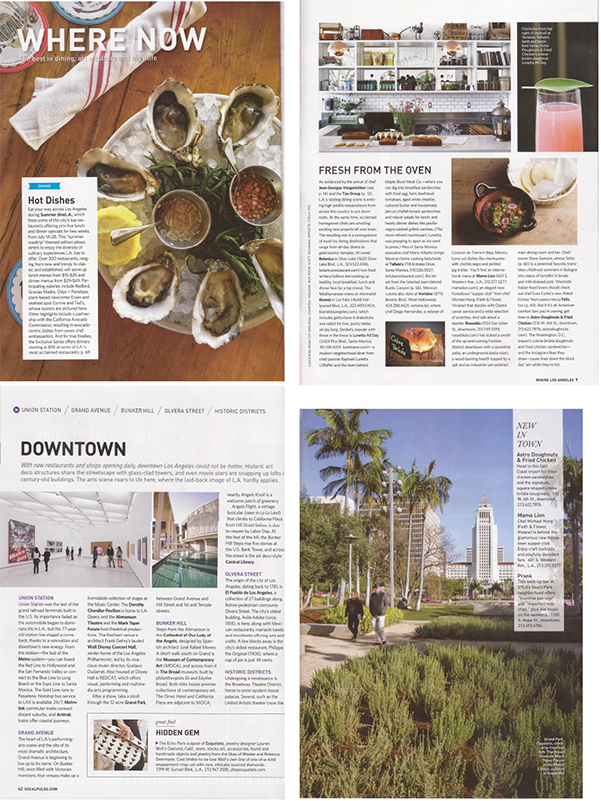 Fresh From the Oven

If it’s all-American comfort are you’re craving, get thee t o Astro Doughnuts & Fried Chicken. The Washington, D.C, import’s crème-brûlée doughnuts and fried-chicken sandwiches – and the Instagram likes they draw-cause lines down the block. Get ‘em while they’re hot.

From coast to coast and everywhere in between, we have the best: Whether it’s cake or yeasted, glazed or bacon-topped, there’s a flavor made just for you. Try Federal Donuts in Philadelphia, Glazed and Infused in Chicago, Shipley Do-Nuts in Houston or Astro Doughnuts in D.C. if you have a hankering.

The Best Things to Eat and Drink

8 Of Our Favorite Doughnuts From Around The Country

In honor of National Doughnut Day, the NYLON editors bring you a list of our favorite places to go when we’re in need of some good old DLC (doughnut love n’ care). Whether small or large, filled with jelly or cream, drizzled with chocolate or glazed to perfection, our love for doughnuts will be in our hearts (and tummies) forever.

There are numerous food pairings in this world that are just meant to be: bacon and eggs, spaghetti and meatballs, milk and cookies — iconic classics that just live harmoniously together. So when the notable East Coast eatery Astro Doughnuts and Fried Chicken brought its slightly unorthodox coupling to Los Angeles for the opening of its first West Coast store, it turned more than just the sophisticated noses of classy Californian diners.

14 dishes you need to try before you can call yourself a D.C. foodie

Every year, The Washington Post publishes 40 Eats, a guide to the area’s best dishes. So far, the total list includes more than 150 options. But what are the most essential among these many, many options? Here’s a compilation of some of the city’s must-try dishes, as featured in 40 Eats and other roundups.

Food Trends 2017: What to Look for On Your Plate This Year

No way around it: 2016 was a strange year. And from bleeding veggie burgers at New York’s Momofuku Nishi to burrito drone delivery in Virginia, the food scene kept pace..

Doughnuts and fried chicken party: If you’ve been lucky enough to try a crème brûlée doughnut from
Astro Doughnuts & Fried Chicken in Washington, D.C., you’ll understand why this next bit of news is exciting…

Doughnuts and Fried Chicken Together at Last at This Soon-to-Open L.A. Restaurant

Unless you started a chain that sold nothing but ramen and tacos, it’s hard to think of two foods under
one roof more likely to thrill Los Angeles eaters than doughnuts and fried chicken. And that’s just what
Astro Doughnuts & Fried Chicken will be bringing to downtown L.A. in early 2017…

It’s been a heated election season, with no shortage of debates, speeches and campaign revelations,
and the race to the White House has had everyone talking — including the country’s chefs and bartenders,
who are taking politics into the kitchen…

With the expansion of Duck Donuts and Astro Doughnuts in Virginia and the arrival of such new offerings as Sugar Shack, D.C. has been turning into even more of a doughnut town…

The best fried chicken in America

By Lauren Rothman and Time Out editors

We recently asked members of the BuzzFeed Community to tell us their favorite cheap eats in Washington, D.C.
Here are the delicious results…

The Internet is a black hole for strange, weird and wonderful things—especially when it comes to food. Rather than dive in yourself, let FWx do it for you…

Depending on who you ask and what subjective gerrymandering is involved, you may or may not lump Washington, DC in with the American South… 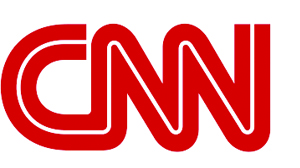 June 6th is National Donut Day, but there’s more to the occasion than free donuts. Karin Caifa has the sweet history.

The 21 Best Donut Shops is AMERICA

Ahhh, donuts. Before Wheaties and “doctors”, they truly were the breakfast of champions. And now, thanks to a resurgence of independent shops opening across the country, the fried yeasty sugar bomb is back en vogue…

40 dishes every Washingtonian must try in 2014

Let the French have their croissants. The real morning-pastry action is in doughnuts, and even if Americans can’t claim sole ownership over something as simple as frying dough, the United States can certainly stake a claim on doughnut shops… 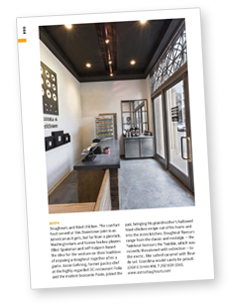 Doughnuts and Fried Chicken. The comfort food served at this Downtown joint is as American as it gets, but far from gimmick. Washingtonians and former hockey players Elliot Spaisman and Jeff Halpern based the idea for venture on their tradition of enjoying a doughnut together after a game…

The Ten: Best New Restaurants of 2013 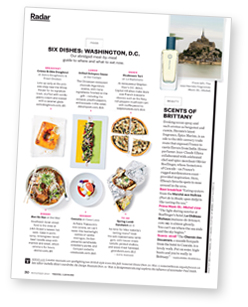 Breakfast: Creme Brulee Doughnut at Astro Doughnuts & Fried Chicken, line up early at the pint-size shop near the White House for its signature treat, stuffed with vanilla pastry cream and coated with a caramel glaze.

And the best doughnut in D.C. is…

A Dozen Weeks of Doughnuts, Week 8: Nothing But Donuts and Astro Doughnuts & Fried Chicken

We are two-thirds of the way through our insulin-shocking mission to find the area’s best doughnut. In our first seven weeks, we ate more than 140 of the fried pastries while checking out national chains, local upstarts and longtime neighborhood favorites.

Here are 23 of the most buzzed-about specialty doughnut shops across the United States.

From Popeyes to BonChon to GBD, we wade through the best and worst Washington has to offer right now. 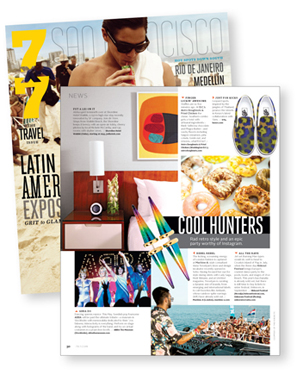 Waffles are so five minutes ago. At D.C.’s Astro Doughnuts & Fried Chicken the classic Southern combo gets a twist with artisanal ingredients — think Valhrona chocolate and Plugra Butter—and wacky flavors including Saigon cinnamon, piña colada, twink-nut, and s’mores…what’ll it be? 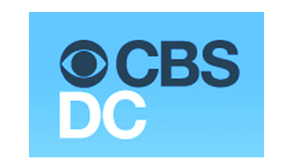 Best Places To Get Alternative Wedding Cakes In Washington DC

Sweet, fluffy and finger-linking good are the best adjectives to describe the doughnuts from Astro Doughnuts & Fried Chicken, and your wedding guests will thank you for the opportunity to try them. 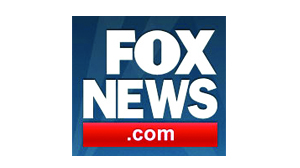 Though once a staple of Southern cuisine, fried chicken is taking on some decidedly interesting twists.

The lowly doughnut has gotten a makeover in Washington, D.C.

5 Things We’re Buzzing About This Week

Every Monday we bring you the SL Hot List, a round up of the five latest and greatest things to hit the South. Consider it your weekly update on our region’s most buzzworthy food, culture, and style news.

The long-awaited Astro Doughnuts & Fried Chicken opened in a storefront near Metro Center in April.

Metro Center gets clogged in the best ways possible

Astro-logical Donuts and Chicken via Elevator 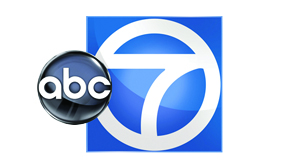 Move over, cupcakes! There’s a new food frenzy in town.

Gourmet doughnuts are hot this year and several businesses are opening shops over the next few weeks.

Whether or not you’re a fan of savory-sweet combination of fried chicken and doughnuts, 2013 looks like it’s going to be a banner year for it in DC.

Fortunately they’ll bring them to you by the dozen so long as you’re around Metro Center.

There’s a new spot coming to Metro Center in early 2013.

Call Astro or District for Your Donut Fix

Next year will bring us a couple of brick-and-mortar sugar shacks,  but you can order now for what’s to come.

Astro is currently accepting catering orders for those in Metro Center between 9th and 15th streets NW and E and H streets NW.

The restaurant has released its address: 1308 G St. NW. It plans to open its doors in January.

The Ten is your guide to the best of the best that D.C. has to offer. This time around Nevin Martell tackles Homer Simpson’s favorite food that’s not beer: doughnuts.