TimeOut called Astro an “exemplary fryery” and one of the top-21 best fried chicken restaurants in America. Thrillist named Astro among the “21 best donut shops in America,” and the Washington Post crowned the Crème brûlée doughnut “the city’s best.” But as in any great fairy tale, such notable accolades stem from humble beginnings.

For childhood friends Elliot Spaisman and Jeff Halpern, it all started as a love of hockey and a good old- fashioned fondness for American comfort food. The first native Washingtonians to play for the Washington Capitals, Halpern and Spaisman grew up playing the sport together in Montgomery County, Md., often meeting for a post-game doughnut off the ice.

In addition to playing for the Washington Capitals — twice — Halpern also graced the ice for the Dallas Stars, Tampa Bay Lightning, Los Angeles Kings, New York Rangers, Montreal Canadiens and Phoenix Coyotes. All that skating stirs up quite an appetite, so it was only a matter of time before the Princeton grad called upon his economics degree to partner with Spaisman, who had spent a decade in the antiques business honing his business acumen and putting his Ithaca communications degree to good use. When the cupcake craze began sweeping the nation in the 2000s, the duo noticed there was a superior confection flying conspicuously below the radar … and decided to do something about it.

Today, Spaisman runs Astro’s day-to-day operations and Halpern plays the role of “official sounding board” while also serving in the AHL as assistant coach for the Syracuse Crunch. Beyond a shared passion for comfort food and a lifetime friendship, the two also share a genuine love for the business. “It’s a living, breathing animal,” says Halpern, who recalls plenty of 4 a.m. wake-up calls in the shop’s early days to cover different roles behind the counter. “We’re both very proud of it.” From their continued quest to achieve the “right balance of sweetness and airiness” to a careful expansion plan for the future, Spaisman and Halpern continue to focus on consistent, high quality fare that reinvents time-tested traditions. 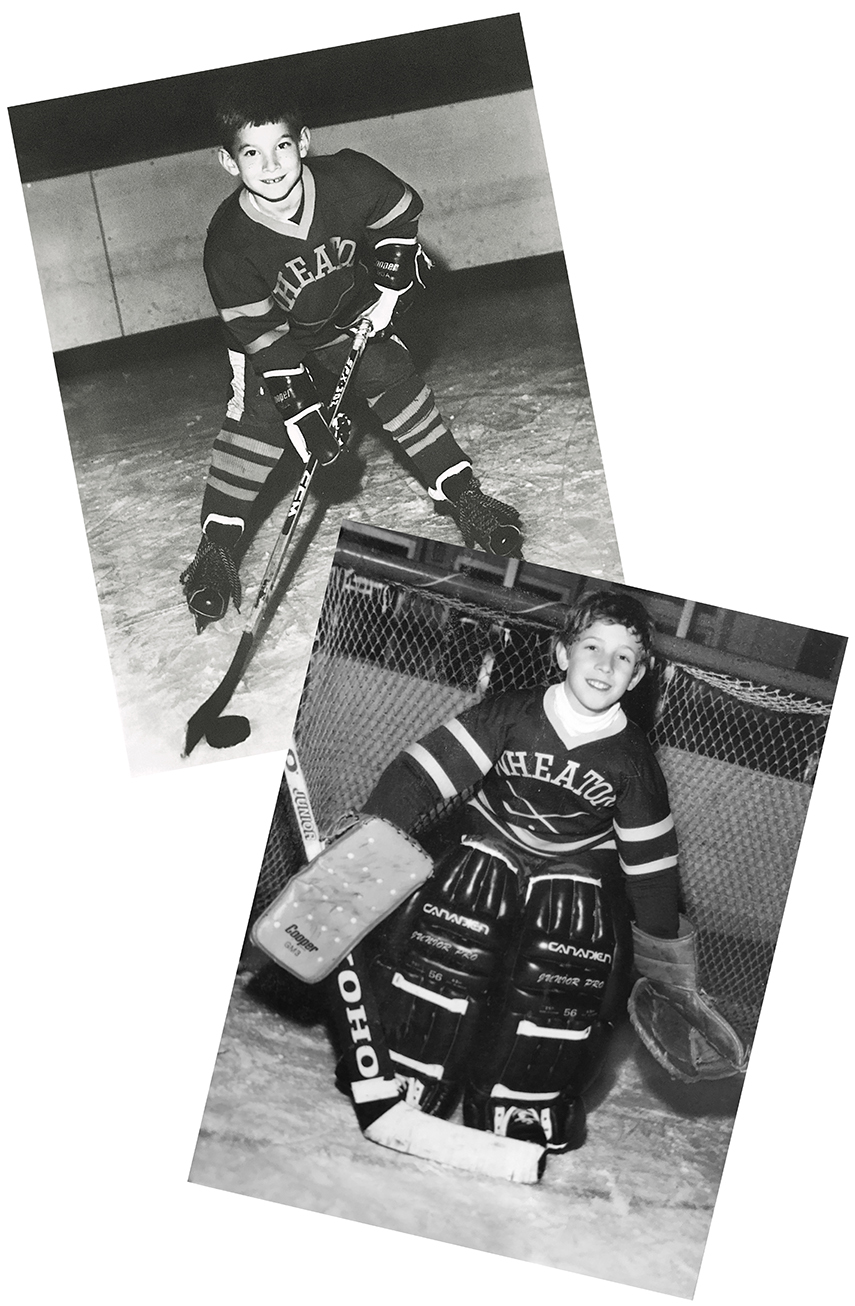 A young Halpern (top) and Spaisman (bottom) in their “Wheaton Hockey” uniforms.